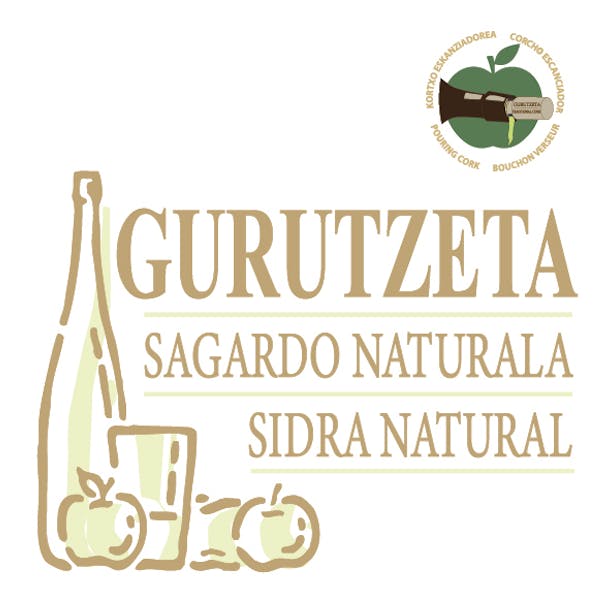 Sidrería Gurutzeta is located in Astigarraga, the heart of the cider tradition in Spanish Basque Country, just south of the seaside town of San Sebastian on the Bay of Biscay.

Jose Angel Goñi has been running the cider house since 1979 when his father passed on the business to him. His great grandfather opened Gurutzeta at the end of the 19th century.

Gurutzeta is a traditional style Sagardotegi, where the production of the cider is conducted during the apple harvest in the fall (late September-early November), and the new vintage is released during the Txotx season [pronounced ‘coach’] from late January through early May.

During the Txotx people flock to the Sagardotegi to drink fresh ciders directly from the massive chestnut barrels, and eat traditional Basque dishes. The cider is ‘served’ to customers via a small hole in the barrel face, which sends out a long thin stream of cider. Patrons stand about 5 feet away from the barrel to catch the cider stream in their glass.

Through the 80s and 90s Gurutzeta has modernized their machinery (stainless steel fermentation tanks, pneumatic presses, and mills) to help assure even higher quality ciders while still maintaining traditional results. The ciders are produced with 30% Basque apples and 70% of apples from other areas of Spain and France.

Gurutzeta cider is one of the few producers that has earned the seal from Gorenak, an organization in the region that grants its seal only to ciders of the highest quality. In order to earn the Gorenak seal, producers undergo rigorous sensory tests and chemical analysis of their ciders to assure the liquid is of the best quality.