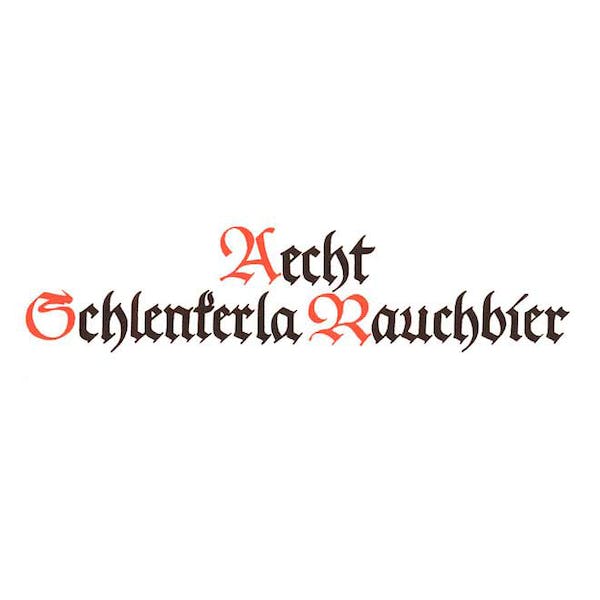 The history of the Schlenkerla Tavern building starts together with that of the monastery, which was founded in the 14th century.

In the time between 1405 and 1615 the building was sold a number of times. During the 30 Year’s War (1618-1648) the house was destroyed and rebuilt. The reports before 1678 are scarce, but in that year the brewery was founded and from that time on one can find more and more in the records.

Since 1678 there have been numerous owners of the brewery. Very important of whom was Johann Wolfgang Heller, who took over in mid 18th century. He already owned an old rock-cellar for beer storage up on the hill “Kaulberg” just outside Bamberg. Later on, this storage facility was moved to another hill, called “Stephansberg”, which is nowadays in the middle of town. In the 19th and 20th century the brewery was moved step by step to that location just above the ancient cellars on Stephansberg. In the trade-registry the official name of the brewery is “Heller-Br√§u”, even if everybody just calls it Schlenkerla.

1877 was a very important year for the tavern, as Andreas Graser became the new owner. He was a little bit handicapped and moved his arms in a funny way when he walked. In the Franconian dialect this is called “Schlenkern”. People soon started to call the place Schlenkerla, and the name has remained until today

In 1907 his son Michael Graser took over the brewery. More and more guests came to the tavern, and a part of the former monastery was taken on lease from the Bavarian government, which had become the owner during secularization. The paintings in the beautiful gothic-arched sealing of this “Dominikanerklause” were being restored by the Germanic Museum of Nurnberg in the 1920s. In 1960 this part of the tavern was bought from the state and Michael Graser’s daughter, Elisabeth, and her husband, Jakob Trum, took over the brewery. In 1967 they handed over the brewery and tavern to their son German Trum.

A great many stories have grown up around the origins of Smokebeer. Some are quite imaginative, others are a bit strange. The majority can be considered fairy-tales and fables.

The old Sumerians and Babylonians already knew of the art of brewing beer which was later perfected by the German tribes in Roman times. The basic process in those days was quite similar to the one today – apart from the technical instruments. Green malt always had to be dried (kilned). In the past, besides the usage of sun rays (which was quite difficult in Europe) there was only one way to achieve this: drying it over an open fire. Thus it was unavoidable that smoke penetrated the malt and gave it a smoky flavor. Technical developments over the centuries made it possible to produce malt without an open fire, thus without a smoky taste. Original Schlenkerla Smokebeer has preserved that old tradition of smoking the malt. Therefore you are, in effect, having a little piece of the past with every swallow!