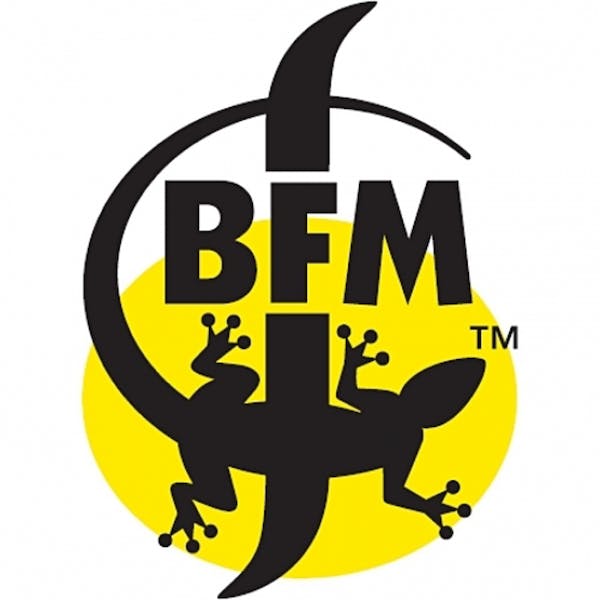 The Brasserie des Franches-Montagnes (BFM) started in 1997, and has been one of the pillars of the Swiss craft beer renaissance ever since. BFM’s range of bottle-conditioned, top- and bottom-fermented beers is as staunchly original as our region.

The Franches-Montagnes (ancient French for “Free Mountains”) are part of the Jura Mountains, along the North-Western Border of Switzerland. The region has been for centuries famous for its watches made by master craftsmen, a tradition still very much alive, but which has been joined over the years by some of the most advanced research facilities in the watchmaking field. This happy combination of tradition and modernism is also evident in BFM’s famed nectars.
Jérôme Rebetez concocted the first batches of beer in his parents’ kitchen. Enthusiastic about his results, he decided to present some of his creations at the “Swiss homebrewing Trophy” contest. Apparently, he wasn’t the only one who enjoyed his brews; the judges at the contest awarded Jérôme the first place.

At 23, with a bachelor in enology, Jérôme Rebetez aspires to open up a brewery in the Franches Montagnes, the region he is native of. Full of passion but without any cash, Jérôme Rebetez decides to create beers with atypical character. He wins the televised competition “Le rêve de vos 20 ans”, allowing him to establish “La Brasserie des Franches-Montagnes” in Saignelégier, Jura, with the obtained cash. With its spirited image, BFM is to be positioned as a pioneer in swiss artisan brewing, crafting finesse beers that are complex with a great corps.

Jérôme Rebetez attains to produce the best: Ingredients a sophistically chosen to guarantee the highest quality, always original, and tricky to mix like Sarawak pepper, sage, or other spices. The skill of the young brewer allows him to build a reputation for crafting rich beers with complex bouquets, remarkable tastes, and long finishes. His drive for steady improvement on the subtlety of aromas coupled with the experience in enology allows Jérôme Rebetez to concoct beers that are comparable to better wines.
The jurassian brewer asserts that his curious cuvees are all handcrafted in limited quantity. L’Abbaye de Saint Bon-Chien, a BFM specialty that matures in oak barrels for 12 months, has become honourable mention in the “New York Times” in 2009 as the best barley wine in the world.

The gastronomy industry has also found pleasure in products from the “Brasserie des Franches Montagnes”. More and more restaurant chefs use BFM beers in their meals to accompany meats, pastries, and desserts.